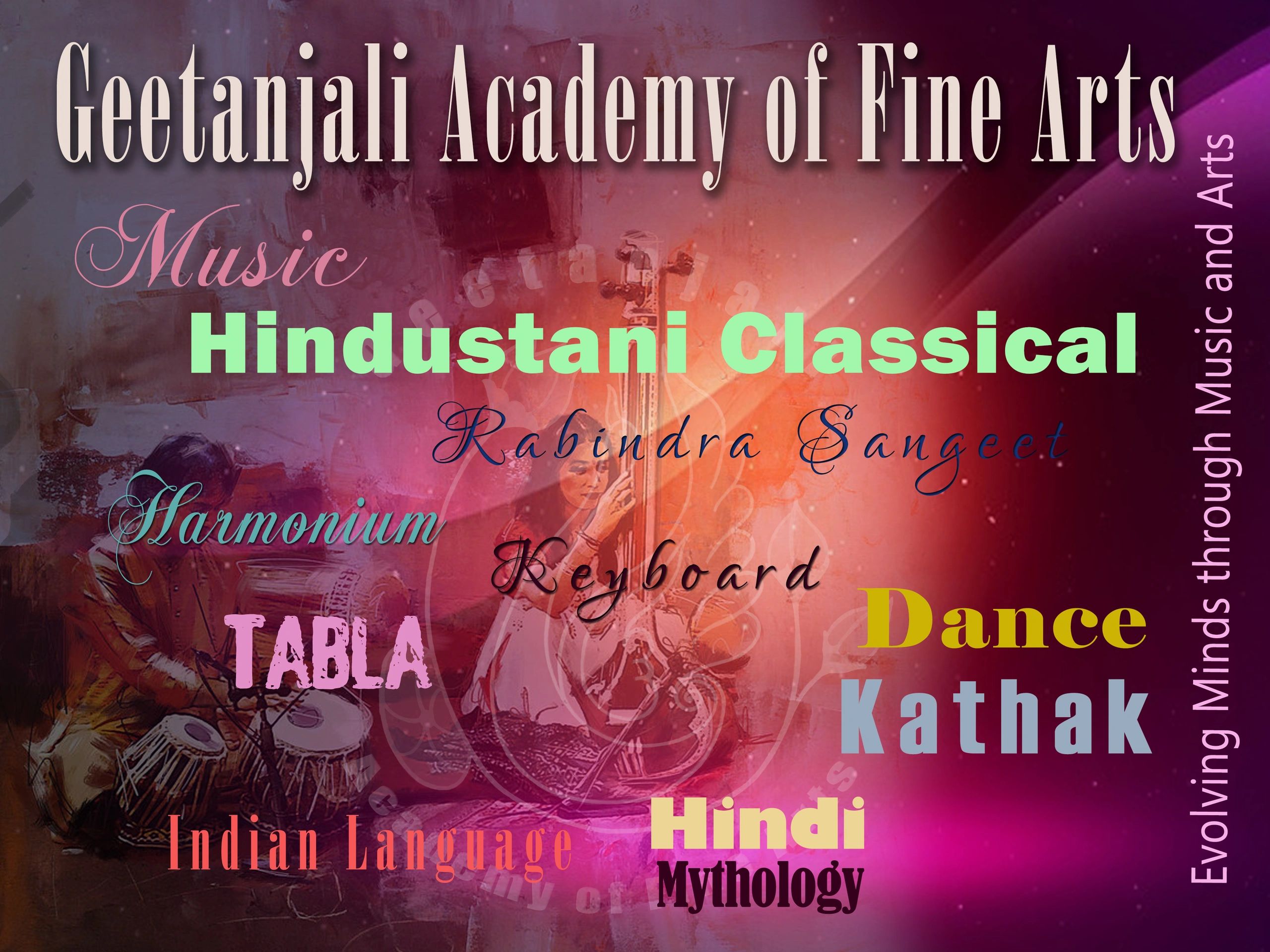 Our Spring Enrollments have started for Kids and Adults.  Please follow the link to Register .

“Evolving Mind through Music and Arts”

Geetanjali Academy of Fine arts is first of its kind to combine Indian Music with art-forms and performance which will help in developing all rounded abilities. It will be also the first of its kind that is preparing children and adults from every walk of life for performing arts combining all wings of Indian art forms.

It has a social responsibility of transferring the knowledge to the young generation, encouraging the senior citizens to have music for life and to children with special needs.

Dynamic way of teaching has expanded to teaching Hindustani Classical Vocal to children at the Offstead rated Outstanding Schools through Indian Music Club.

Geetanjali one of its kind provides the primary or alternative career opportunity to the students that may have finished the formal training in the Academy.

'Geetanjali Academy of Fine Arts' is named after the Nobel Laureate Bengali poet Rabindranath Tagore’s collection of poems and songs.

This name has been chosen to show our tribute to Tagore for his great work and contribution towards Music and Arts. Rabindranath Tagore received the Nobel Prize in 1913 for his work in literature, particularly for this collection.

"because of his profoundly sensitive, fresh and beautiful verse, by which, with consummate skill, he has made his poetic thought, expressed in his own English words, a part of the literature of the West"

The core of Geetanjali academy is represented by the logo. Swan is symbol of knowledge and wisdom. The Lotus buds are the evolving minds that are ready to bloom getting enrichment through the Academy.

" Where the mind is without fear and the head is held high
Where knowledge is free
Where the world has not been broken up into fragments
By narrow domestic walls
Where words come out from the depth of truth
Where tireless striving stretches its arms towards perfection
Where the clear stream of reason has not lost its way
Into the dreary desert sand of dead habit
Where the mind is led forward by thee
Into ever-widening thought and action
Into that heaven of freedom, my Father, let my country awake "

was is considered the greatest writer in modern Indian literature